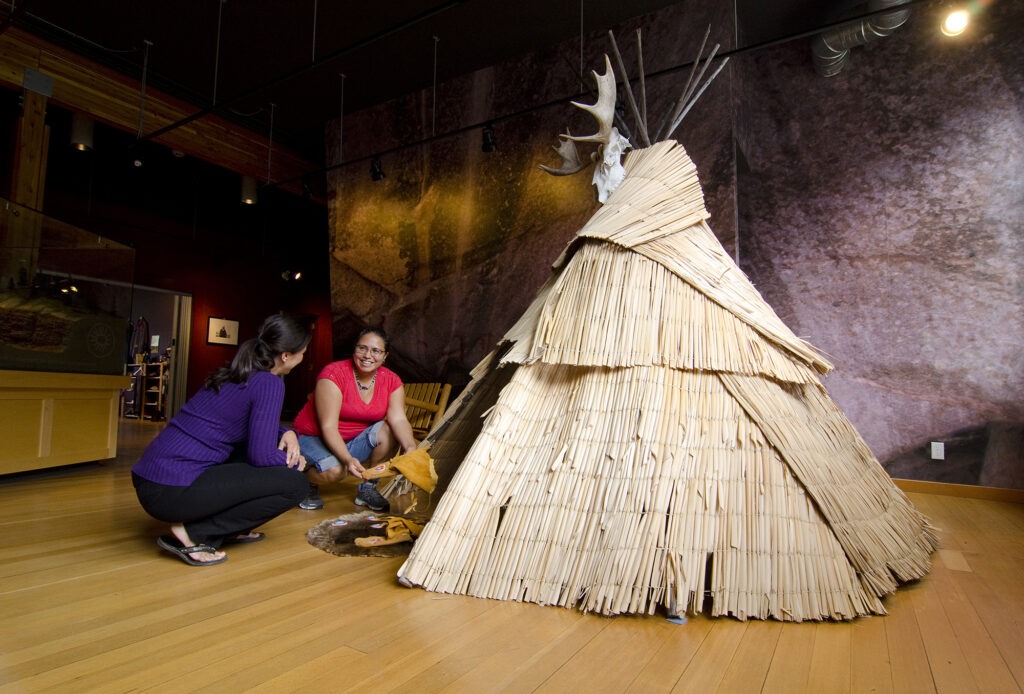 Crowsnest History to be Discovered

The Crowsnest Highway 3 is steeped in history. When travellers wind their way along the Crowsnest through the verdant valleys, in the shadows of towering mountains, next to serene bodies of water, they will experience a sense of timelessness. This timelessness is best explained by the communities and historical attractions along the route, from varied Indigenous roots to gold prospecting and rail trails, all telling unique stories.

Proximity to the Similkameen River and its fertile surroundings coaxed early European settlers of the region into developing agricultural farmlands up and down the valley. This farming legacy is still alive and carries on to this day. Taste the agri-excellency that could only be developed through generations of trial and error in the Fruit Stand Capital of Canada (Keremeos) or the Organic Farming Capital of Canada (Cawston). Plan a stop at Grist Mill & Gardens at Keremeos to fully immerse yourself in the Similkameen’s agricultural history. Tour the historic gardens and step inside the first hydro-powered grain grinding mill used in the area, which opened in 1877. When you are finished, grab some fresh treats from the bakery and a souvenir!

Along with the agricultural roots, there is a deep, rich history in the Similkameen Valley of mining. Prospectors rushed to the Similkameen to sift through the silt of the Similkameen River around 1860. The Princeton Museum details the Similkameen Valley gold rush in great detail and has North America’s largest private mineral collection. Rotating interpretive displays are sure to pique your interest. An iconic symbol of the Similkameen prospecting days is Nickel Plate Mountain in Hedley, home to Mascot Mine. Mascot Mine produced 7.1 tonnes of gold, worth about 172 million (approx.) in the present day. The Upper Similkameen Indian Band offered tours of the mine once upon a time, but the mine has been shuttered in recent years. To learn more about the mining history in these parts, check out Snaza’ist Discovery Centre in Hedley.

With the prominence of agriculture in the Similkameen Valley, it was only a natural progression that farmers discovered that wine grapes grow just as well as the other fruit! The Similkameen has truly unique & extraordinary growing conditions and is matched by the passion of local growers. This combination has produced premium quality grapes from which they grow award-winning wines reflecting this unique place. During the early days of grape cultivation, the grapes were often used to enhance wines produced outside the valley. However, that all changed in the 1980s when the first locally-operated wineries opened. Today, there are over 15 wineries & cideries in the region, and the Similkameen is gaining international recognition for its quality, world-class wines.

Though a younger wine region than its neighbour to the east, the Similkameen Valley Wine Region vignerons are as passionate as any others in their trade. The Similkameen agricultural practices & values have been adopted by the vignerons who take pride in protecting the land, vines, and water through sustainable practices. The diligence of the vignerons is important in preserving the land so that the next generations can continue to flourish and share the region’s bounty with the rest of the world.

As we leave the Similkameen and head further east along the Crowsnest, we arrive in Osoyoos. Osoyoos has a distinct desert landscape, with a culture that is deeply rooted in Indigenous history. The Syilx People of the Okanagan Nation have inhabited this region for thousands of years. Today, the Osoyoos Indian Band is one of seven member communities of the Okanagan Nation in the Southern Interior of British Columbia. The different bands within the Syilx Nation travelled widely in the warmer months for fishing, gathering, and hunting purposes.

When winter rolled around, the bands would return to their permanent winter villages, and the Syilx People of this area would return to sẁiẁs (pronounced as “s-wee-yous”) and means a place where it is shallow or narrow in the middle of the lake. The place name explains how the area was used to cross Osoyoos Lake by foot or by horse. There are plenty of opportunities to experience Indigenous culture in Osoyoos; like visiting the viewpoint off of Crowsnest Highway 3 to see Kliluk (Spotted Lake), a sacred site traditionally known for its therapeutic waters, camping at sẁiẁs Provincial Park on Osoyoos Lake or visiting the spectacular Nk’Mip Desert Cultural Centre to learn about the land, legends, and the people of the area.

After soaking up the sun in Osoyoos and continuing along the Crowsnest, Boundary Country is found. When arriving in Boundary Country, you might feel like you’ve taken a step back in time. Wide-open ranges, eclectic shop fronts, and the occasional strangers saying ‘howdy’ to you are odes to a time when cow folk roamed these lands.

One of Boundary Country’s noteworthy attractions is the abundance of trails, clocking in at over 2000 km (1243 mi). Plenty of these trails are relatively accessible ‘rail trails’, meaning they once supported steam engines that carried goods across Canada. In fact, Boundary Country is home to the Village of Midway, which was the terminus of the Columbia and Western Railway (a subsidiary of the Canada Pacific Railway). As such, Midway was the only link between the west coast and the rest of Canada. At Midway, you can find the Kettle River Museum and stay in an authentic bunkhouse for a true railway experience and visit a real Station House to get a feel for the railway era.

Just down the road is Greenwood. Canada’s Smallest City is teeming with a history that you can feel as you first drive into town. During WWII, Greenwood became the site of an internment camp for over 1,200 displaced Japanese people, descendants of whom still make Greenwood home today. The Greenwood Museum has full interpretive displays & archival photography to process this period in Boundary. Boundary Country is also home to descendants of the Dhoukobors who fled Russian persecution in the late 1800s, and cultural elements such as their traditional Borscht can be found throughout the community.

From the Similkameen Valley to Boundary Country, you are truly taking a trip back in time when you tour the Crowsnest Highway. No matter which community you visit on your next trip, one thing is for certain – you will be left with a rich understanding of the regions you travel through and a deep connection to the land, culture, and people.